Modern drama is realism and its extreme form naturalism

1)  read the summary of Realism and the description of Expressionism below.

3) Answer the 3 questions at the end of this post by Thursday, Oct. 23.  You may submit your answers here, on CANVAS.

A summary of Realism:

REALISM: (began after about 1850 in Europe and still a force in the arts today)

The first artistic “movement” in modern drama is realism and its extreme form naturalism.  These artists movements were begun in the 1860s and on.  The French writer Zola described the style this way in 1877:

Just life itself on the boards” (meaning the stage).

Realism and naturalism reject “artifice” in favor of life or reality on stage, the external details or the surface view of daily life.  But, we now know to ask: whose reality are you talking about?  My reality is not the same as Hitler’s reality or Paris Hilton’s reality. Is there one view or presentation that we can all agree is Reality?  Probably not.

EXPRESSIONISM  (began in early 1900s in Europe, and still a force today in the arts)

Expressionism’s ambition is to move beyond and beneath factual surfaces to get at truthful essences.

It is non-representational, that is, not a direct imitation of nature.

Situations at are iconic, mythic, larger than “life” and real connections to historical, psychologic, religious and social patterns

Also, Expressionists artists feel that conventional categories of beauty are a foul illusion.  As artists, they distort environment to get at the inner essence and individual consciousness.

The artist movements called Dada and Surrealism are offshoots of Expressionism (some would say more extreme in their methods and results).

2)  The 1927 film Metropolis, directed by Fritz Lang, is the classic example of Expressionism in film.

There are many many versions available.  Because the original film was taken from Lang and then “lost” or changed, today you can see versions in color (it was made before color film was used so is in black and white), with new music, rearranged scenes, etc.  Also, it was made before sound in film was invented so you will see subtitles.  The film is German, and you can find subtitles in almost any language.  I’m providing some possible links for you to view Metropolis.  You can choose which one you find most interesting.  My point is for you to see the images on screen that Lang created — they are superb examples of Expressionism and have profoundly influenced artists ever since.

3)  Here are the Questions to answer after you see METROPOLIS:

1 a.  Is this a style called Expressionism or Realism?   Explain your answer.

Place your order now with EssayDomain.com
and experience the difference of letting the professionals do the work for you!
Our Process is Simple 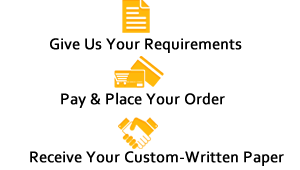